more jetting around my expat universe

In a way, the jetting never stopped. From Cambodia, I went to The Netherlands with a short stop-over in Cairo. Apart from a short visit to the UK, that was it for July, then in August relocation to Pudong, Shanghai. This blog has seen some updates on how this city affects me, but that was based on just 2.5 months of settling in. Then it was back to The Netherlands for a week,  on to Minneapolis for meetings with the Mcknight Foundation, a return to Shanghai via The Netherlands, but only for two nights before flying on to Phnom Penh for a good three weeks of work for SADP. A short week in Shanghai and then nearly three weeks in Cebu with Marjan, snorkeling, walking village backroads, and running some tropical trails.

One of my weirder realizations of late is that more outer world movement doesn’t translate at all into more inner world travel. The latter preoccupations remain quite recognizable, nothing new, in the US and Cambodia, I morphed at once into the ‘seasoned’ development professional, in Cebu, my freediving, running and tourism industry interests dominated,  and lots of stuff doesn’t change at all, the daily news consumption, the ongoing scavenging of my preferred newsletters and blogs, the holiday offering more time for non-specific reading, but the mind frames it all exactly the same. In my linkedin profile I’ve preposterously labeled it my decision-making under uncertainty project, this ongoing, never-ending, whateveritis, that is self-driven but also feels like work. The longer I live my reclusive officially-unemployed existence, the more this project fills the space that was previously rented out to those paying my wages.  But this realization also has a counter point: more outer movement may not result in wider inner travel, but it does give that inner journey a texture it would otherwise lack. All this unmoving travel has certainly fueled my intuition underlying this blog, the suspicion that all my fancies are strands in the same web, moves in one dance, notes of a single piece, you get the point. 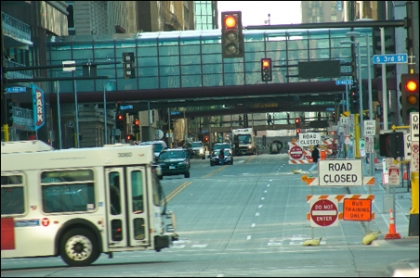 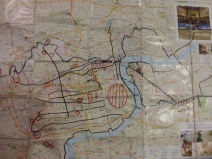 my city grid so far

running/walking Nijmegen city and the floodplains to the West 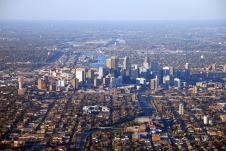 Phnom Penh as I know it source: http://thethreewisemonkeys.com/2012/09/03/a-southeast-asia-english-teachers-breakfast/

Like Loading...
This entry was posted in personal and tagged cambodia, Cebu, Minneapolis, Nijmegen, SADP, Shanghai. Bookmark the permalink.